Whether it’s sensitive, large, in many parts or just difficult to move, data transfer is ubiquitous and Maytech’s speciality.

We are always excited to hear how our customers have stayed ahead of the curve and overcome data transfer problems in their industry. But rarely does such thought leadership get the recognition it deserves.

Whatever your business bugbear, it’s likely that we’ve solved this problem before so why not get in touch to see how Maytech can help you?

END_OF_DOCUMENT_TOKEN_TO_BE_REPLACED

Posted on October, 2019 by Kim Foster-Powell

When Cosgrove Hall Fitzpatrick (CHF) realised it needed a secure file sharing solution that could handle its large media files, they followed a recommendation and started a trial with Maytech. More than two years later and the business’ top techie Gary Noden is still singing our praises.

CHF is a children’s TV production company with roots dating back to 1976. Cosgrove Hall Productions, the business which predated it, was the creative force behind an array of classic children’s TV programmes including Danger Mouse and Count Duckula – cue a nostalgic sigh from everyone over the age of 30.

The old Cosgrove Hall business was eventually absorbed by ITV in 2009 after more than 30 years and dozens of hit television shows. The new business is a result of fresh impetus from many of the original team and a series of new recruits.

One such recruit is Gary Noden, who joined the business a few years ago and is Technical Director on CHF’s first major show release since it founded four years ago: Pip Ahoy. In total, the business has about 40 staff split between offices in Manchester and Bristol.

To understand Gary and his team’s need for a data transfer service with no file size limits, security and ease of use, you only have to understand what it takes to put a show like this together.


Gary explains: “With any media there’s normally a lot of people involved in the process from conception to final approval. For us that approval isn’t just sending a word document that goes in an email, you’ve got, say, 10 characters and each one’s got to go through levels of development and approval. By the end, each character has hundreds of pages of information dedicated to it.”


“If you can stick all the information in one place where everyone can access it then you get a much more reliable system for feedback and things tend to fall into place a lot quicker.”


“When storyboard artists get into full-flow, they are creating each episode as a series of panels, six to an 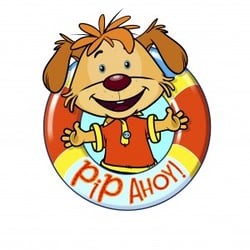 A4 sheet of paper and those panels are about 20 seconds, so it’s three sheets of paper for a minute and 30 sheets for a 10 minute show. These are huge pdfs that go seamlessly – along with all the artwork – on our FTP-Stream.”


Maytech was Cosgrove Hall Fitzpatrick’s first choice for a file sharing solution and the team have loved it ever since “because it just works so well,” exclaims Gary. He took a trial with Maytech and saw for himself the power of the service, its ease of use and, particularly important for CHF, it’s tight security and user management.


TV shows are often in development for years and an information-leak could torpedo the whole process before a show even hits the screens. With big money invested in development and the success of the business staked on just a handful of projects, information security is an absolute priority.


Maytech combines a perfect balance between flexibility and security. The IT team can easily grant access to specific documents or workflows without exposing the whole archive. He can also send ongoing work to animators working remotely.

Gary has also been impressed by the usability of Maytech’s FTP-Stream. The team can easily manage their files and folders, separating the production into parts and then giving very specific access permissions to each user to restrict access to specific files.

"What impressed me was that when I needed to share files with other departments and offices I just created a new user and password and they’re able to access the work quickly."

“It’s also a place where I can store videos and make them available to the sales team just by creating a new user.”

He’s also pleased that usage can move with the ebb and flow of the business: need extra storage? That’s no problem at all. Want to reduce it for whatever reason? That’s no problem either – and changes are made almost instantly. Knowing that all files are backed up securely for 28 days also gives him peace of mind if anything were to ever go wrong.

The partnership between CHF and Maytech has been rock solid ever since the start and, according to Gary, there are no plans to switch their file sharing provider any time soon: “Would I recommend them to a colleague? It goes without saying that I would,” he says.

Try FTP-Stream for yourself today for fast, secure and branded file sharing.

Visit our Media and Broadcasting Page

Back to Customer Success Stories 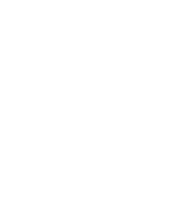